The most relevant veins were named Don Carlos, Schulte, Susie Q, La Abogada, and La Gerenta, but there are other minor veins (Fig.1). 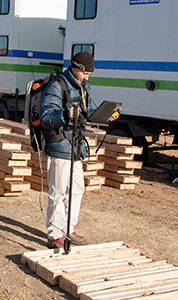 The most relevant veins were named Don Carlos, Schulte, Susie Q, La Abogada, and La Gerenta, but there are other minor veins (Fig.1). All of them, occur within granites of the La Leona Formation (Jurassic), surrounded by alteration zones with clays and limonite. The veins are predominantly of white and some gray quartz, although locally they have carbonates and barite. Both, in the veins and their host rocks, there are several other minerals, including abundant sulfides such as calcosine-covelina, pyrite, chalcopyrite, bornita, galena, sphalerite, and molybdenite, and also specularite, malachite, and scarce azurite.

The veins show breccias and a variety of quartz textures like banded, massive, comb, sacharoidal, and vuggy. The maximum width of the veins (including veinlets in the host rock) is 3.45 m, which is observed in the Don Carlos and Schultz veins; but in the other sectors, the average width is shorter (~50 cm). Most of the veins dip about 68° to the SW, some are sub-vertical, and a few dip to the NE. Their azimuths vary between 280° and 330°.

In 2010, 16 boreholes (~1300 m) were drilled, but most of them were shallow; only two of them were planned to intercept the veins at more than 100 m vertical depth. The samples extracted from boreholes, did not show so widespread high concentrations of precious metals as at surface; however, they returned strong gold anomalies of up to 1 g/t, several high concentrations of Ag of up to 123 g/t.

This possible decrease in the precious metals concentrations with depths still must be investigated; this should include a confirmation of core sample assays, since samples from boreholes were analyzed by Fomicruz’s in-house facilities, in contrast to the surface samples, which were analyzed by an external certified laboratory; but also, a possible supergene enrichment should be tested.

Figure: Map of the La Leona Project, showing the explored areas, veins and locations of boreholes. 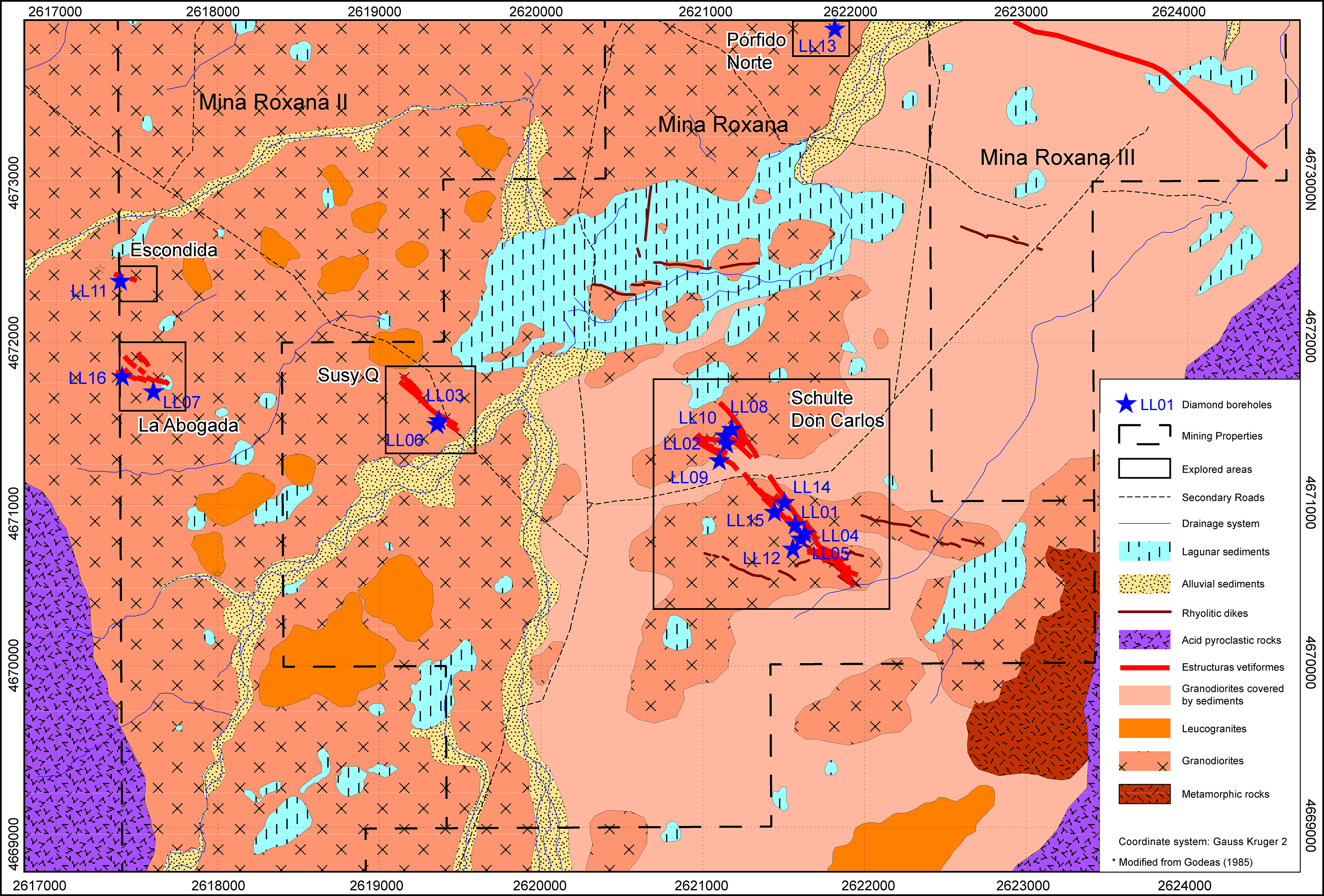